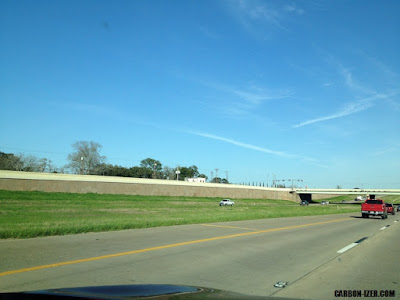 When I was a boy, I used to think that this was the first sign of civilization, only to find more open fields open. Now, due to gas stations built since, that's becoming less and less true. Funnily enough, one of my friends who lived in Texas had thought the same thing in the early 2010s!

It features a once rather attractive late 1990s build underpass (the only depressed underpass along 290, at least until Brenham), though it is a bit worse for the wear today, unfortunately, and the main access road to Prairie View A&M University, a historically African-American campus originally created as the segregated "colored" counterpart to what is now Texas A&M University in College Station.

608 University Drive - Originally opened as Williams Fried Chicken in 2002 (source, archive), a Frenchy's was here from around 2011 to 2012, and reduced to rubble by the end of 2013. A tarp eventually covered the progressively darker and grimier sign by 2016.