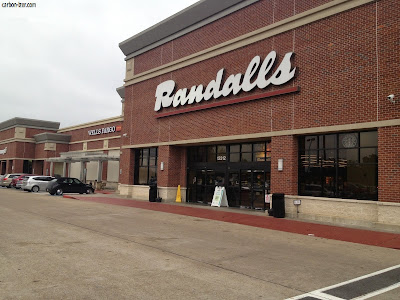 This is a bit of a weird intersection. The frontage road used to have a somewhat unique feature where the main frontage road would continue and bypass Barker-Cypress with the stoplights being on a "loop" that bulged outward. It also built up the frontage roads to build a bridge over the railroad. (This also used to be the case with I-10, sans a bypass frontage road, until the reconstruction). The "loop" still caused congestion, so a partial cloverleaf was added later (not until 2013 or so), to avoid a stoplight. Unfortunately, this all happened right before the entire bridge was demolished and rebuilt (I actually don't remember if it was demolished entirely and the structure is almost identical, but the bridge was partially rebuilt, and the columns don't show an obvious add-on). So much for convenience, huh? There's no Eastbound businesses listed, as Hot Wells (once accessible from the Barker-Cypress exit, if you changed lanes fast) was listed under Skinner Road, and because of the way intersections work, we'll cut this off north of Cypress-North Houston Road. By April 2019, a new At Home store is currently being built west of H-E-B, however, the address couldn't be located at press time.

Westbound (North)
24324 - A strip mall building with four tenants built in 2007. I always found it interestingly NOT interesting, even though it had some unusual names, they were all in the same typeface (originally). These include Tru Tri Sports in suite 400 (now closed, it had its Grand Opening in March 2012 after opening in 2011 according to their website, and moved out in September 2016), Made Ya Smile Dental (that one always makes me grimace for some reason) in suite 300, First American Title Company in suite 200 (invisible from the freeway), and suite 100, which has Sandy's Hair Studio, and before that, Shapes Threading Studio (unless I'm wrong on the dates). As of August 2018, Suite 400 now has "Hammer & Nails" open, a "Grooming Shop for Guys".

12220 Barker Cypress Road - Originally the Randalls convenience store and gas station, this became a Timewise and Exxon (with the new Exxon logo) in September 2018 following the closure of Randalls.

12312 Barker Cypress Road - Part of the Coles Crossing Shopping Center, Randalls opened in September 2001. Sadly, this was one of the last new-build Randalls ever built, especially as Kroger and H-E-B continue to march onwards, and in June 2018 closed permanently, ending the Randalls legacy on Northwest Freeway. (More on Randalls when we get to Telge). The fact that there is a former original SAFEWAY just two and a half miles away, shuttered (or at least built) around the late 1980s shows how lethargic Safeway was the second time around. In November 2018, Star Furniture & Mattress was announced to take the space.

12304 Barker Cypress Road - LA Fitness is the other anchor of the shopping center. You can see it through the trees in my 2015 picture but it leaves out the distinctive facade.

23948 - Chain restaurant Cheddar's Casual Cafe opened in 2011, though within in the last two years as of this writing was rebranded to "Cheddar's Scratch Kitchen" as part of a chain-wide upgrade.

23550 - A CubeSmart self-storage center operates here. It opened sometime after 1995 but almost certainly had a different name originally.

In January 2015, I visited the Randalls at this exit, as I wanted to experience one for myself as I had never done so up to that point. Despite being built in the Safeway era, Randalls was renovated to the "Lifestyle" prototype, and I have to admit, it still does look nice despite having received little changes to the design since 2005.
I did take some pictures of the shopping center surrounding it, which is less visible from 290. (Jan 2015)
IMG_1915.JPG - Looking out at the first row of strips, looking east.
IMG_1916.JPG - Looking straight ahead. I was a bit surprised to see an Aggie gear shop in Houston. While these are a dime a dozen in my neck of the woods, it was a bit of a shock to see one here. Must be those graduated expatriates. (Later I found this closed just a few months later)
IMG_1917.JPG - I think these are directly to the west of Whoop U.
IMG_1918.JPG - Looking west. I didn't mean to take a photo of this woman, so I blurred her face out.
IMG_1920.JPG - Looking east, from the vantage point of the previous picture.

<< Back to Skinner Road
>> Next Exit: Telge Road